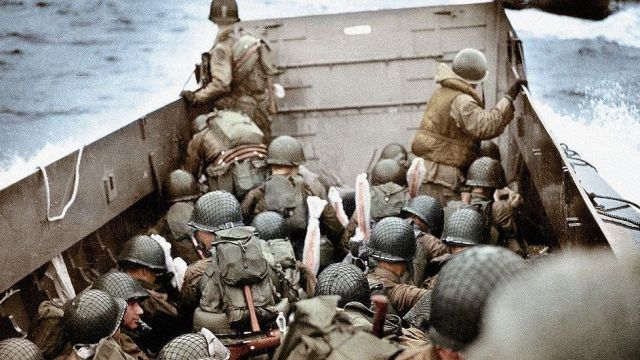 It’s 75 years tomorrow when allied forces landed in the vast beaches of Normandy, France. Several European nations came together after Germany occupied France. These brave soldiers waged a decisive battle against Adolf Hitler and his German forces entrenched in occupied France, and their bravery finally fostered peace in Europe, and the rest of the world.

Whether we have been able to achieve enduring world-wide peace is still up for discussion at a later date, but the Allied forces put an end to the gory adventures of Adolf Hitler, and many of us live in relative peace today. The fight for freedom was encapsulated in a moving speech by William Churchill on May 18 1944, he said:

‘’We have before us an ordeal of the most grievous kind. We have before us many, many long months of struggle and of suffering. You ask, what is our policy? I will say: It is to wage war, by sea, land, and air, with all our might and with all the strength that God can give us; to wage war against a monstrous tyranny never surpassed in the dark, lamentable catalogue of human crime. That is our policy. You ask, what is our aim? I can answer in one word: It is victory, victory at all costs, victory despite all terror, victory, however long and hard the road may be.’’

The United Kingdom, under the leadership of William Churchill, joined the rest of Allied forces to fight against a force so brutal it is intent on the total annihilation of several nations of the world. The Allied forces worked towards the goal of defeating the enemy on 6th June 1944.

They are our heroes.

The world is not totally at peace, but what we have today is a luxury we can only dream of if Adolf Hitler’s dream to rule the whole world was realised.

NP: I haven’t been able to update my website due to health issues, work commitments, and postgraduate studies. I have respite for a few months and would endeavour to post more articles and would also visit many blogs as much as I can.