The hot African sun shone in all its ferocious splendour, casting a glow on the darkened skin of the woman hoeing and pulling weeds in the corn farm, she stood briefly to stretch her back as her bones screech in protest.

In faraway India, the tired feminine figure trudged on, pulling the heavy load of rice and in New York, Annabel typed furiously in her cubicle, her manager casting surreptitious glances in her direction. However, her mind was on Michael, her two month old son, whom she dropped in her mother’s house on her way to work. She returned early from maternity leave after her husband’s redundancy, her salary was all they lived on.

In Nigeria, Victoria raced home, her brown face squeezed together like a wrinkled orange. Friends brought her seventeen year old daughter from university, plagued with a mysterious illness. Victoria’s eyes redden with tears, her heart beating like a banjo drum, though she has nine children, the thought of losing one was simply unbearable.

Two weeks later, her daughter was strong enough and she went back to campus but the next morning, Victoria stood in front of her daughter’s hostel, hoping to catch a glimpse of her. When the daughter saw Victoria, she flew into her arms.

”I wanted to be sure you’re alright!’ Victoria said and joy surged in her heart when she saw her daughter’s healthy countenance.

The daughter smiled and bade her mother farewell. Victoria left the campus and went back to work.

Victoria is my mother and here I am today, well and strong, my mother always feared for my life, I can’t blame her. I was very sickly while growing up. To all great mothers, women, girls everywhere, I salute you in honour. Let us all leave a legacy worth mentioning to generations yet unborn.

Thanks for reading, and to our men folks, you complete us! 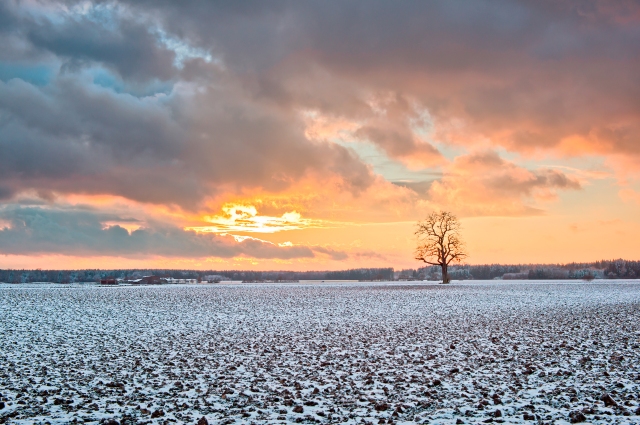 Your only crime was to fall in love.

And that was all there was to it.

What a farce called honour!

When your heart beat wildly with fear,

And you sleep with one eye open,

Then you have a lot to fear!

When the icy glares of your parents and relatives

Then you’re in big trouble!

When you run wildly through the moors

With the angry face of your father behind you

The snarling breath of your brother on your face,

When all you can see, is the bag on your head.

As the man who brought you to the world scream,

‘Rot in hell,’ The heavens shudder!

When you hovered over their heads,

As your lifeless body was hidden from view.

Your only crime was falling in love…

Just another incomprehensible statistics on the

culture of evil perpetuated by hatred.

And a farce called honour!

A class system where the love of a mother ran

cold against the daughter of her breast.

Thanks for reading my poetic thoughts on parents from hell…

Newborn child, seconds after birth. The umbilical cord has not yet been cut. (Photo credit: Wikipedia)

This is a true story, please read on.

They left their house optimistic about the new baby that would soon grace their home, the husband helped his beaming, but heavily pregnant wife into their brand new Toyota Carina‘s car and they zoomed out of their new house en route the hospital.

12 hours later… At 11pm. The baby’s head was not descending.

”Too big,” the junior doctor on duty murmured and decided on a caesarean section, a process where they would surgically remove the baby. They paged the consultant who came to the hospital within fifteen minutes. As the wife was slowly wheeled into the theatre, she saw her husband by the door, he looked tired and petrified, he had been a sentry all day at the hospital reception, waiting for his wife and new son to come out.

She touched his hand and whispered with tears in her eyes, ”I am so sorry, I tried,”

”It’s okay darling, I’ll be waiting for you, I love you,” and he kissed her on the cheek, and she disappeared into the theatre, and the battle began.

A forty-five minutes operation turned into two, three, four hours… The anaesthetic applied was three times over the limit and the drug shut down her heart, the mistake was to set in motion a series of errors which ended in tragedy…

The consultant’s brows creased up in a frown, everything that could go wrong did, and he was very close to this particular patient, he was quite fond of her and her new husband. What he loved about them was their love for each other, so he would do everything within his power to make sure she did not die on his watch.

”Time of death, 2.21 am,” a young doctor announced, he had been on his feet all day,  he’d managed a toasted bread since morning and was teetering towards exhaustion. Nurses had been on strike at the general hospital for a week, and he had been on duty almost every day, keeping his eyelids open was a herculean task.

”No,” the consultant snapped,  ”charge the defibrillator to two hundred.” They did, and there was a beeping sound on the machine, which indicated the heart was regularly beating, sighs of relief permeated the atmosphere as the consultant worked feverishly to bring the baby out. With that part over, the baby who was blue due to lack of oxygen was quickly taken to the neonatal intensive care. The doctor was sewing her up when there was another flat line.

The stubborn doctor performed external chest compression, and the defibrillator ( a machine used to send an electric shock to the heart to make it work again) was used to charge her heart again, and it worked, but only for a few minutes and the third time her heart stopped, the doctor wanted to call it. He asked a nurse to page another consultant while he ordered one of the junior doctors to start external chest compression and he fled the theatre.

Outside, he saw the husband sitting down, looking lost and very tired. When the husband heard approaching footsteps, he jumped to his feet and blurted out.

”How is my wife, is she okay?” The doctor swallowed hard before replying.

”There was a technical problem about the anaesthetic, and I am so sorry.” But the words got stuck in his throat, he couldn’t bring himself to say his wife was dead. Instead, he grabbed his hands and promised, ”your wife would be fine, have you seen your son?”

”Yes,” the husband replied with his voice trembling, ”he doesn’t look too good,”

The doctor nodded and rushed back to the theatre, the junior doctor was still performing the compressions. The consultant took over as two senior doctors entered the theatre, and they fought to save the life of this young wife.

The husband sat down in his living room surrounded by family and friends, they prayed, they cried, and they left.

And he was alone… there was no crying of a newborn infant, just dead silence.

He sat alone, staring into space. And then his wife walked in from the room, and he stood up, they hugged.

He was no longer alone. Their son did not survive, but the wife did. They have another chance to start again, they mourned for Angel, their son, but knew they would see him again on heaven’s shores.

Eleven months later, they welcomed another son into their home, and their joy was full, it was a miracle.

And they said the Lord has been merciful…

I was (is) that woman… And my husband… well he was (is) the…husband. I believe in second chances, I was dead, but I am alive again! Don’t you think that was so sweet?