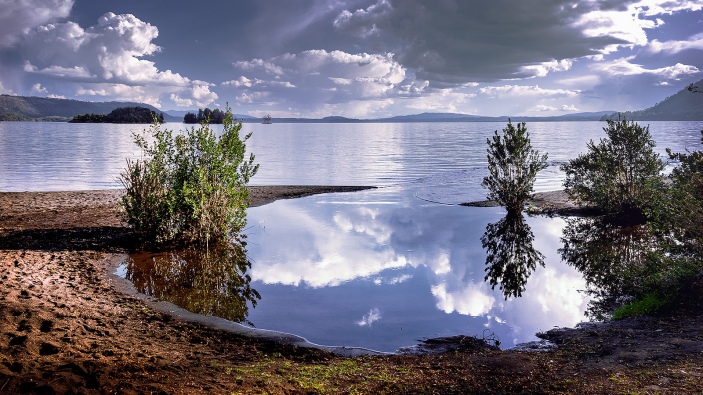 A very brilliant professor with multiple PhD was in a village and wanted to go to the next village, and the only way was through the river. He spotted a boy manning a canoe and hired him to take him across. As the boy paddled on, the professor stared at the water and his eyes strayed to a leaf floating on the river.

‘Do you know anything about botany?’ The professor asked suddenly.

The boy looked at him and replied,

The poor boy was saddened by the news. A few minutes passed by and the professor asked again,

‘Do you know anything about hydrology?’

The boy looked on in despair and replied slowly,

‘Then you have lost another five percent of your life!’ Came the verdict.

The poor boy continued paddling down the fast-moving river. The professor looked up at the bright blue sky and asked with a self-righteous grin on his bearded face,

‘Do you know anything about astronomy?’

The boy merely shook his head.

Gleefully, the professor declared, ‘then you have lost another five percent of your life.’

The boy ignored the professor as he battled with his canoe because the weather had suddenly taken a turn for the worse. The Professor watched uneasily as the wind howled and ripped through the tiny canoe, sensing fear in his passenger, the boy asked with a mischievous grin on his flushed face,

‘Do you know anything about swimming?’

‘No son!’ The hapless professor replied as his countenance fell.

‘Then you have lost hundred percent of your life.’ The boy said as he bailed out of the stricken canoe.

I don’t know your take on this story but I find it a bit funny. We can’t all know everything about life, and we shouldn’t look down on people less fortunate than we are. I wish you all a lovely, fun-filled week!

55 comments on “The Professor’s Dilemma!”