Writers are artists, they either write for people to read or just write because they love to. In this digital age of publishing, some writers are clueless on how to promote their books, it’s a different terrain and it could be daunting. I belong to the school of writers who write for a living but would continue to write regardless of the money factor.

I can’t call myself a great publicist, it’s funny but I could be shy, not always but sometimes. You can also describe me as a hermit who rarely venture outside unless it’s absolutely necessary. Work, home, church, take kids to school, work, back home, dinner, write and write and write!

My life is so predictable but I love it! I’m so glad I got that out of my chest!

Now, where am I going with this you may wonder? Well, I have decided to promote a couple of my friends who are writers. They’ve done the same for me, so I’m basically reciprocating their good gestures. Writers need other writers as friends, writers need readers as friends and I guess we can do this one step at a time,  as my husband used to say, ‘a single tree cannot make a forest.’ And I think he’s right.

Today I’m going to feature Charity Parkerson, an award-winning author (she’s won several awards, most of her books are on one bestseller list or another) 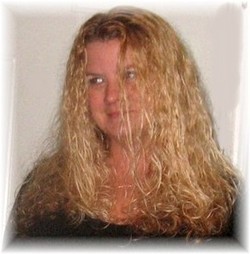 Their love was legendary, cursed, and forbidden.
The fates conspired to keep them apart, but destiny will bring them together again…
When one of their own becomes the target of a demon bent on revenge, the Society will do anything to keep her safe, including stealing a God from the Heavens.
Heru, son of Geb, once sold his soul to forget her, and now he’ll give anything to keep her safe.
Gods and Demons collide in the final instalment of Charity Parkerson’s award-winning “Sinners” series.

“I dreamed about you last night.” Heat flooded her face at the confession. She knew it must be the shade of a strawberry, but she lifted her eyes to his, holding his stare steadily, as if daring him to mock her words. For a moment, she could have sworn a look of triumph passed over his face, but it was gone as quickly as it appeared.

“What was the dream about?”

Marissa had thought that it was impossible to be any more embarrassed than she already was, but at his question, she discovered a whole new level of humiliation.

“Um,” she stuttered before admitting, “I don’t want to tell you.”

“Oh,” he crowed. “It was that kind of dream, was it?” While his eyes were shining with mirth, her face was on fire, and she really wanted kick him.

“Ever as you command,” he said, but she could still hear the laughter in his voice.

Fanning her face, Marissa practically danced in place in her discomfort.

“Are you having some sort of fit?” Adriana, Marissa’s mom, asked, slicing through her mortification.

Marissa had not heard her approach and she shot a nervous glimpse at the tree line to find Harold gone.

“I was attempting a spell.” Marissa answered Adriana’s question absently while searching for any sign that Harold was still hanging around. When her mom remained silent, Marissa glanced over to find her watching her closely, and she pasted a fake smile on her face in order to ease her mother’s obvious concern.

“Okay,” Adriana said, drawing out the word and sounding as if she didn’t believe her, which was a spot-on observation, since Marissa was lying.

Charity Parkerson was born in Tennessee, where she still lives with her husband and two sons.  She is the author of several books including thirteen Amazon bestsellers. You can like her at http://www.facebook.com/authorCharityParkerson. Be sure to visit her at http://www.charityparkerson.com  and you can read her blog at http://charity-thesinners.blogspot.com

Her book “The Danger with Sinners” was named “Best Book of 2012” by Paranormal Reads Reviews and is a finalist for Favorite Paranormal Romance in the 2012 Australian Romance Readers Association Awards.

She is a member of The Paranormal Romance Guild, is a Goodreads moderator, a member of Coffee Time Romance, and co-host of The Melissa Craig and Charity Parkerson show.

She won author of the week in August of 2011, and is a four-time winner of The Mistress of the Darkpath.

Here is it folks, I appreciate your friendship always, hope you’ll check out Charity’s books, she’s a fantastic writer.

A great friend of mine interviewed yours truly a couple of days ago, to those who’ve seen it, thanks a million, to those who haven’t here’s the link again! http://eyebeforee.com/2013/04/01/eyebeforeseyi/

Enjoy the rest of your day!!